This year has been hard on us so far. I feel like we have not been healthy, and we've been traveling a lot.   In January, we went to Texas and this month we drove to North Carolina.  They were both great trips, but it seems like sickness follows us home.  Also, I've been pretty sick and so this little place has not been on my mind much.  Sorry friends and family who are looking for an update. I guess I've taken a small break not really meaning to.  But I hope to get back to posting at least once a week here pretty soon. 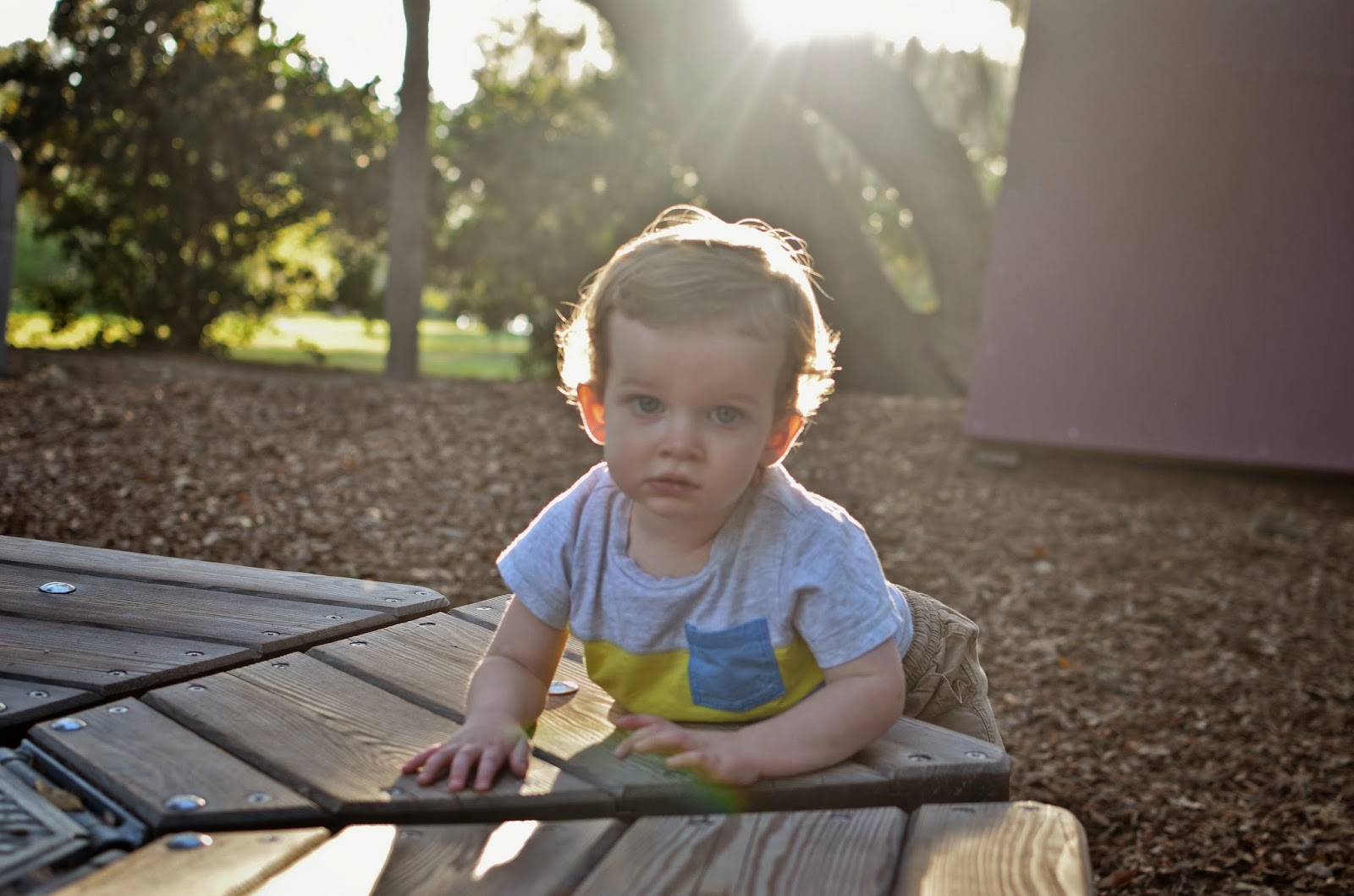 Sometimes it's just good to unplug.  Yes, I thought about posting here and there, but I never had the desire to just sit down and write this month.  Lots of stuff going on here..I may share about it later.  Who knows.

Our little man is EIGHTEEN MONTHS OLD.  HOW did that happen?  HOW?  I am seriously flabbergasted that he is 1.5 years old. 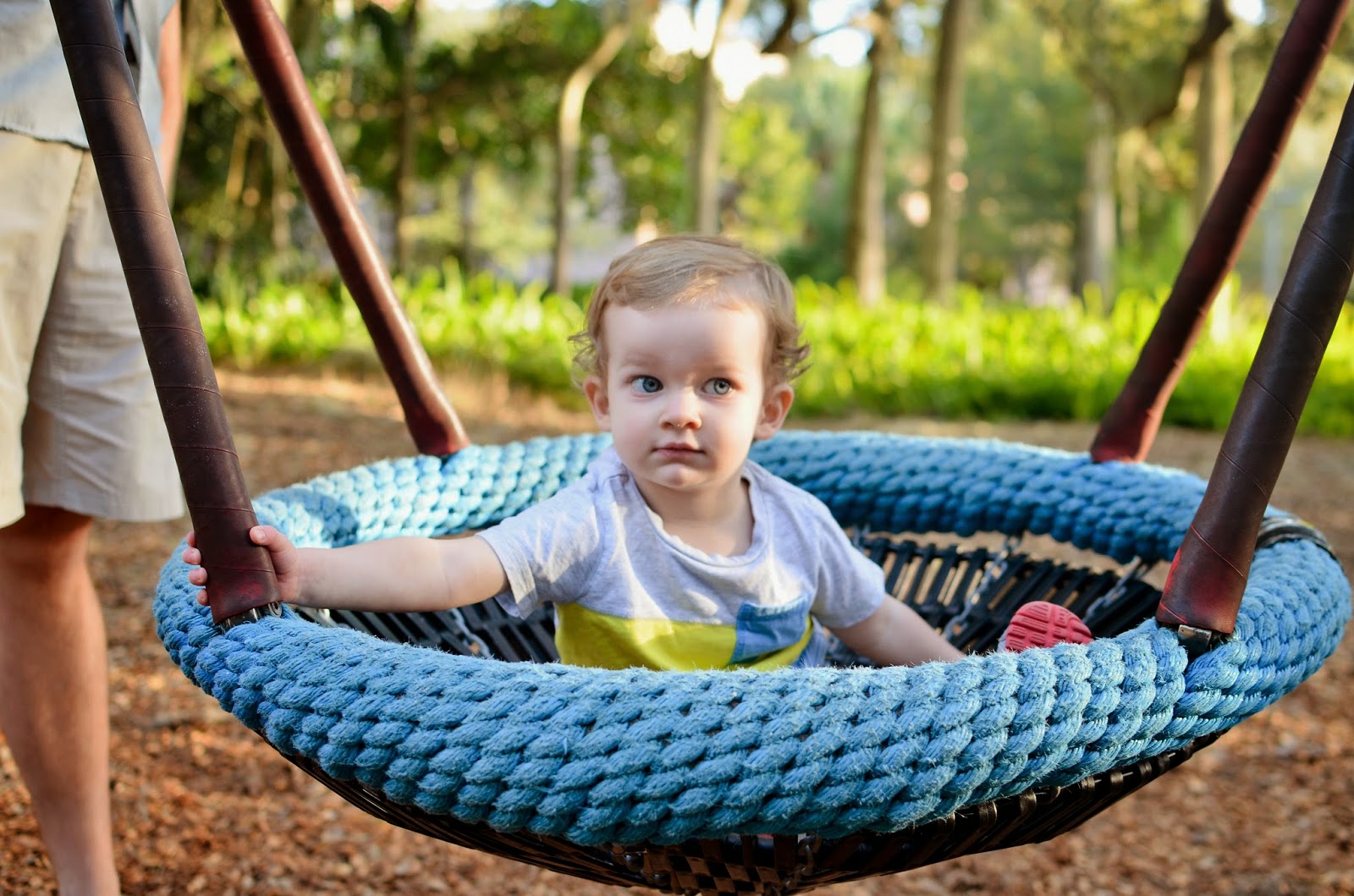 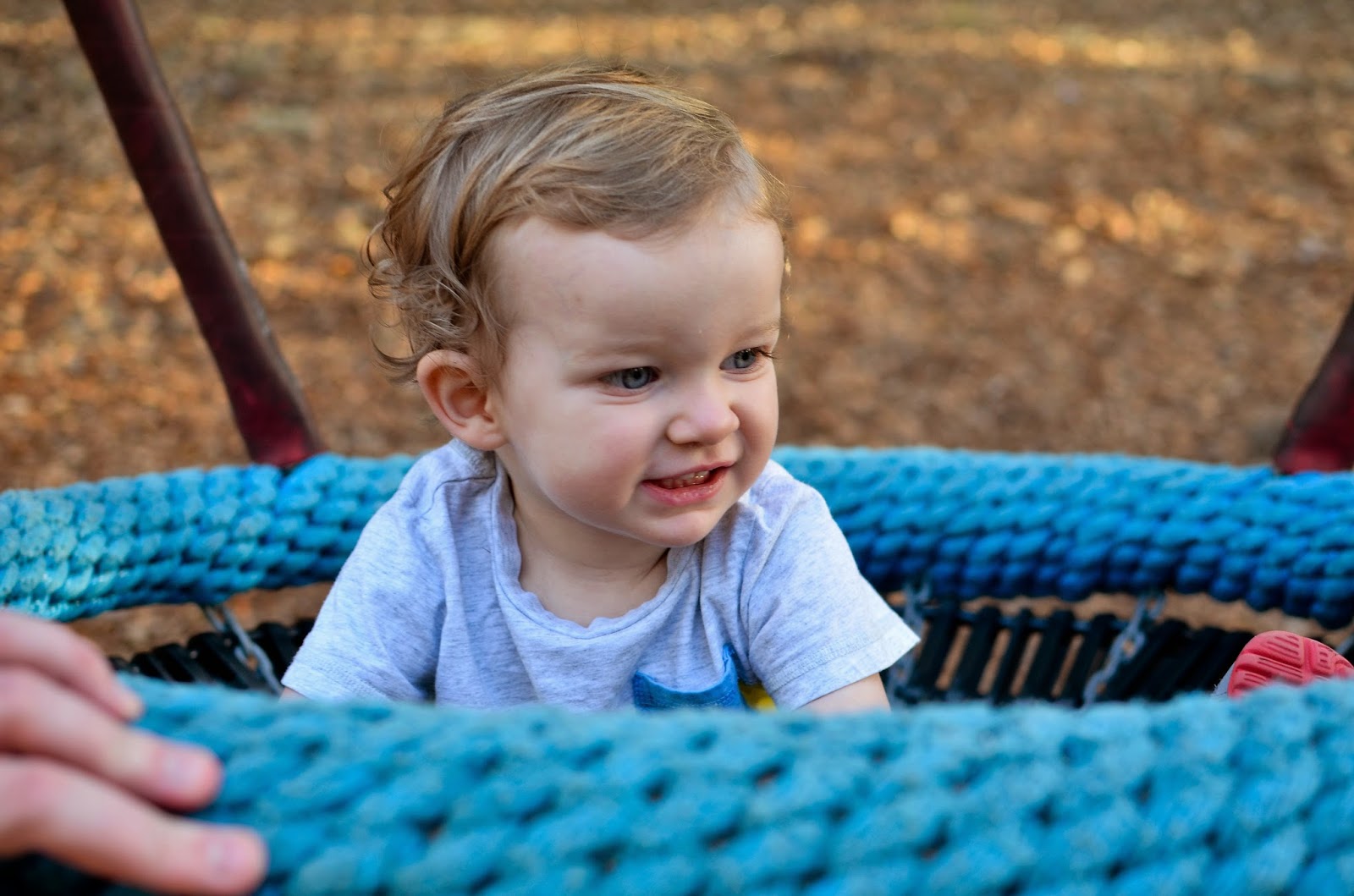 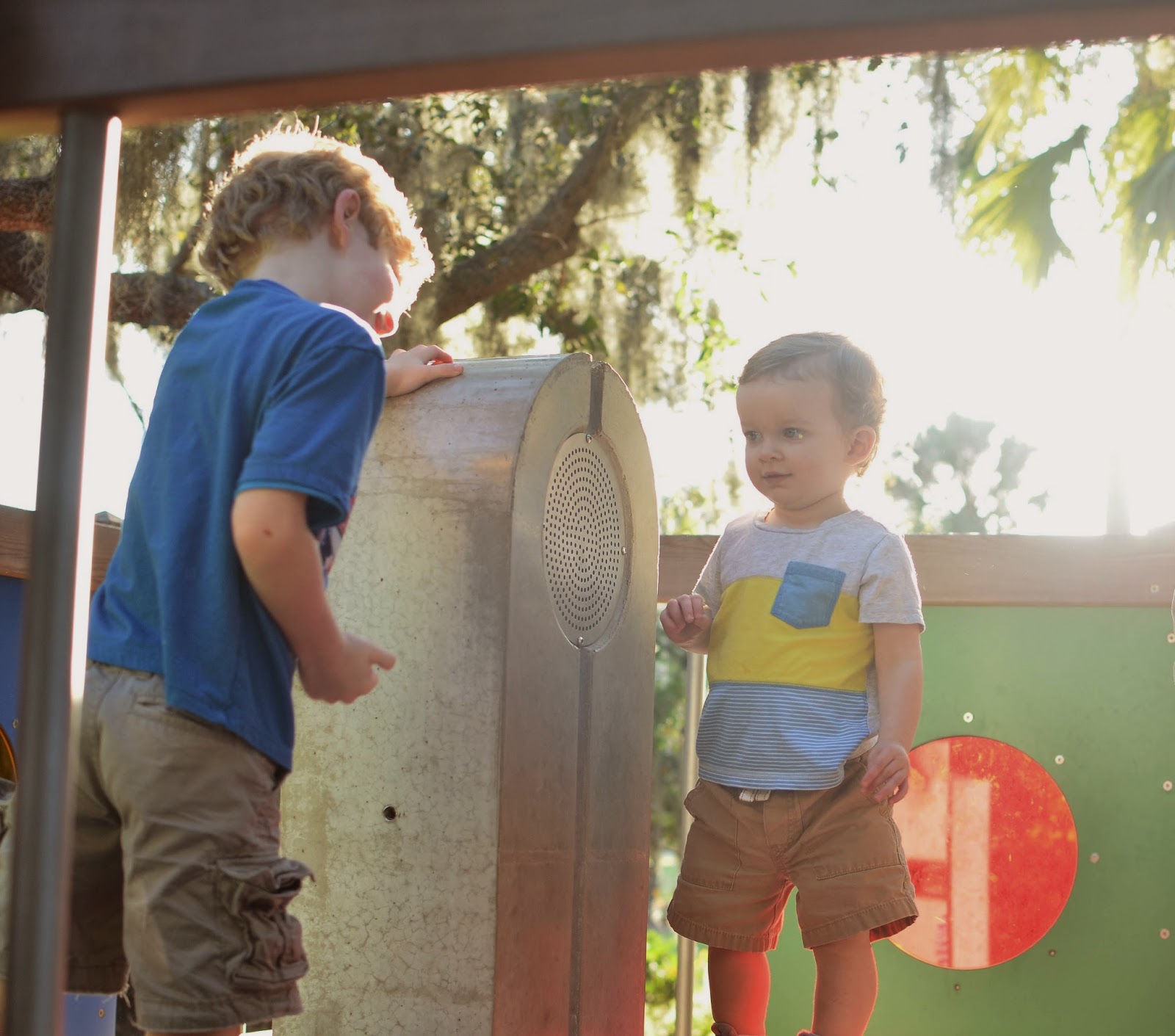 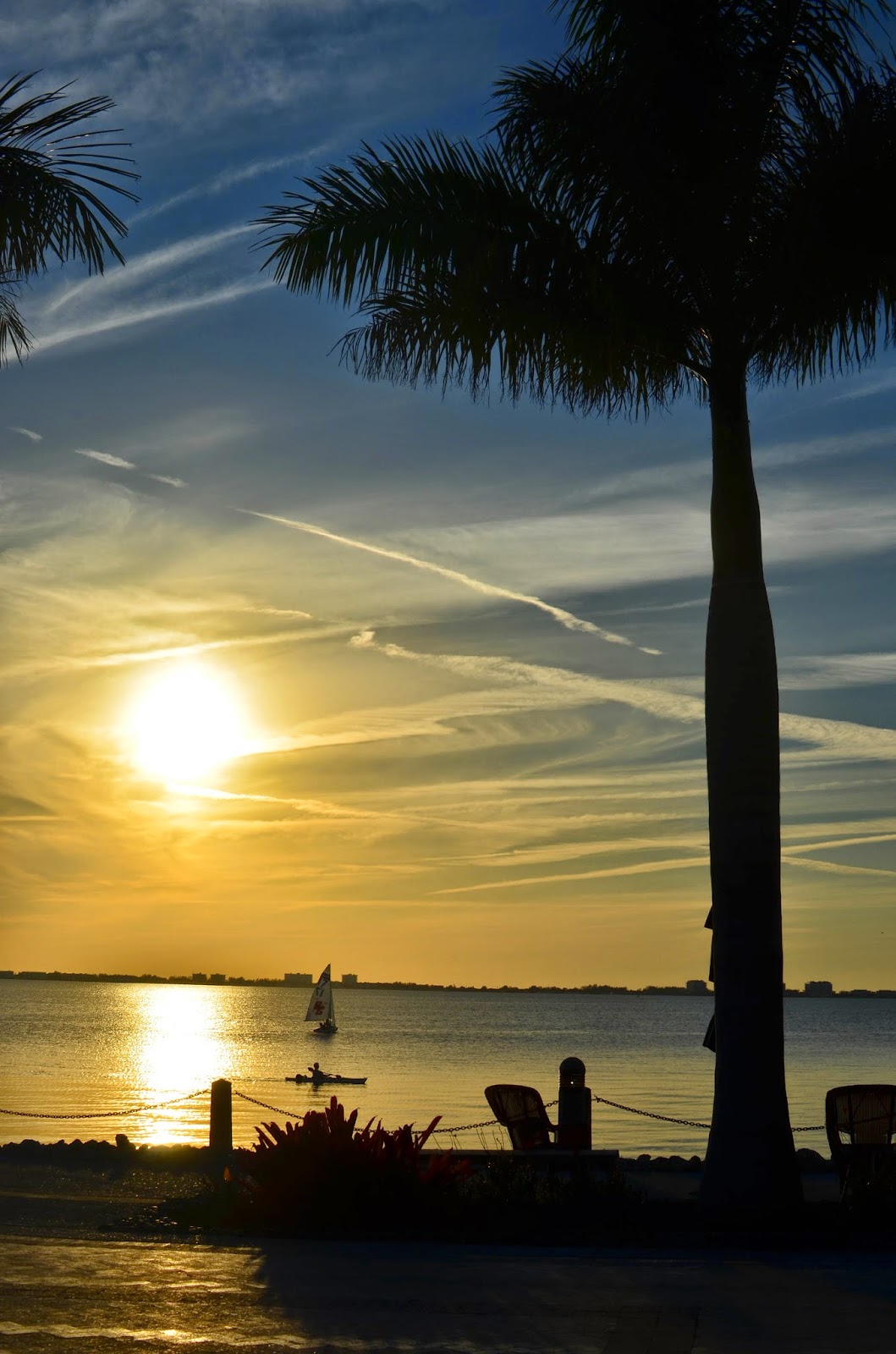 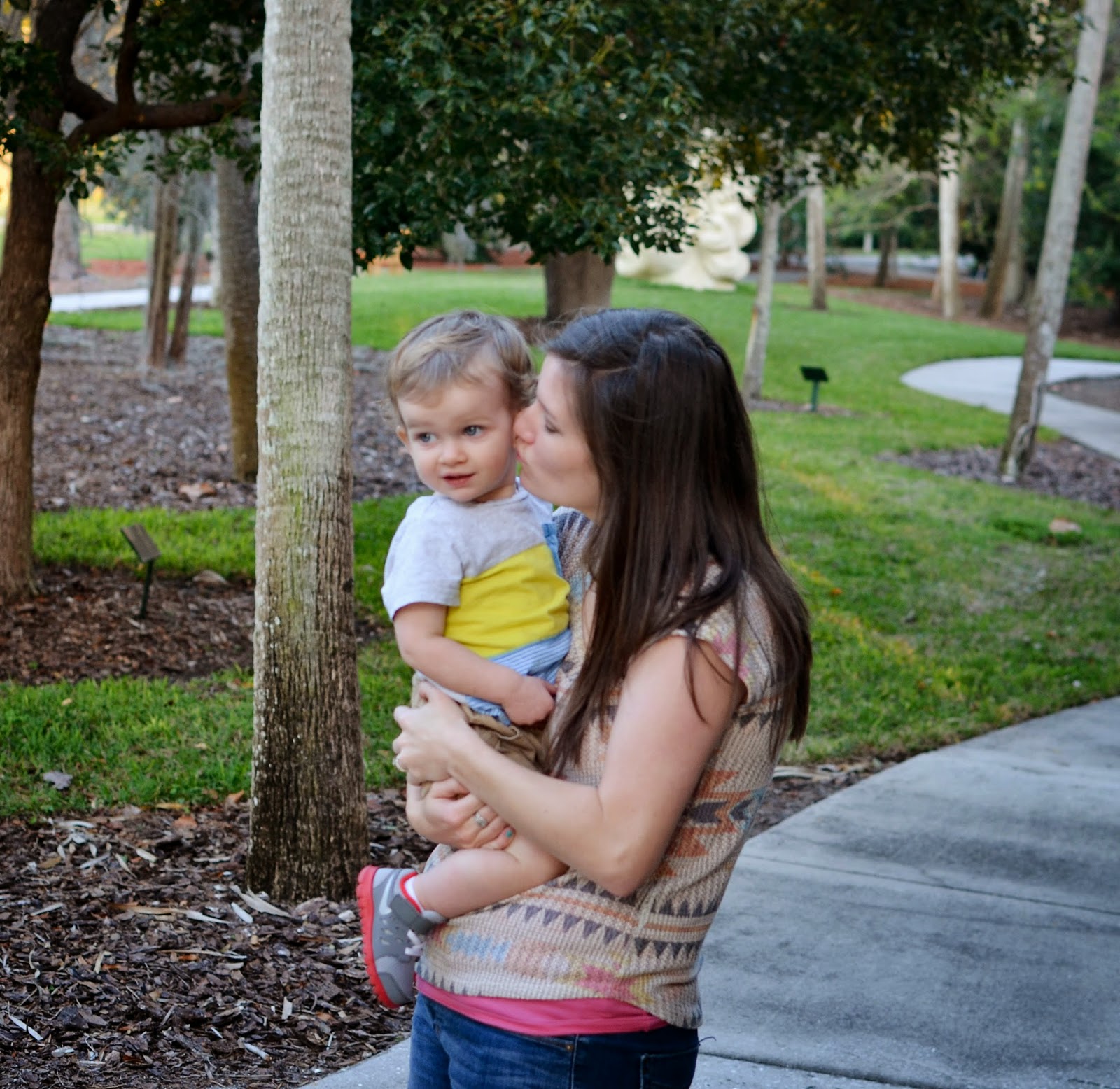 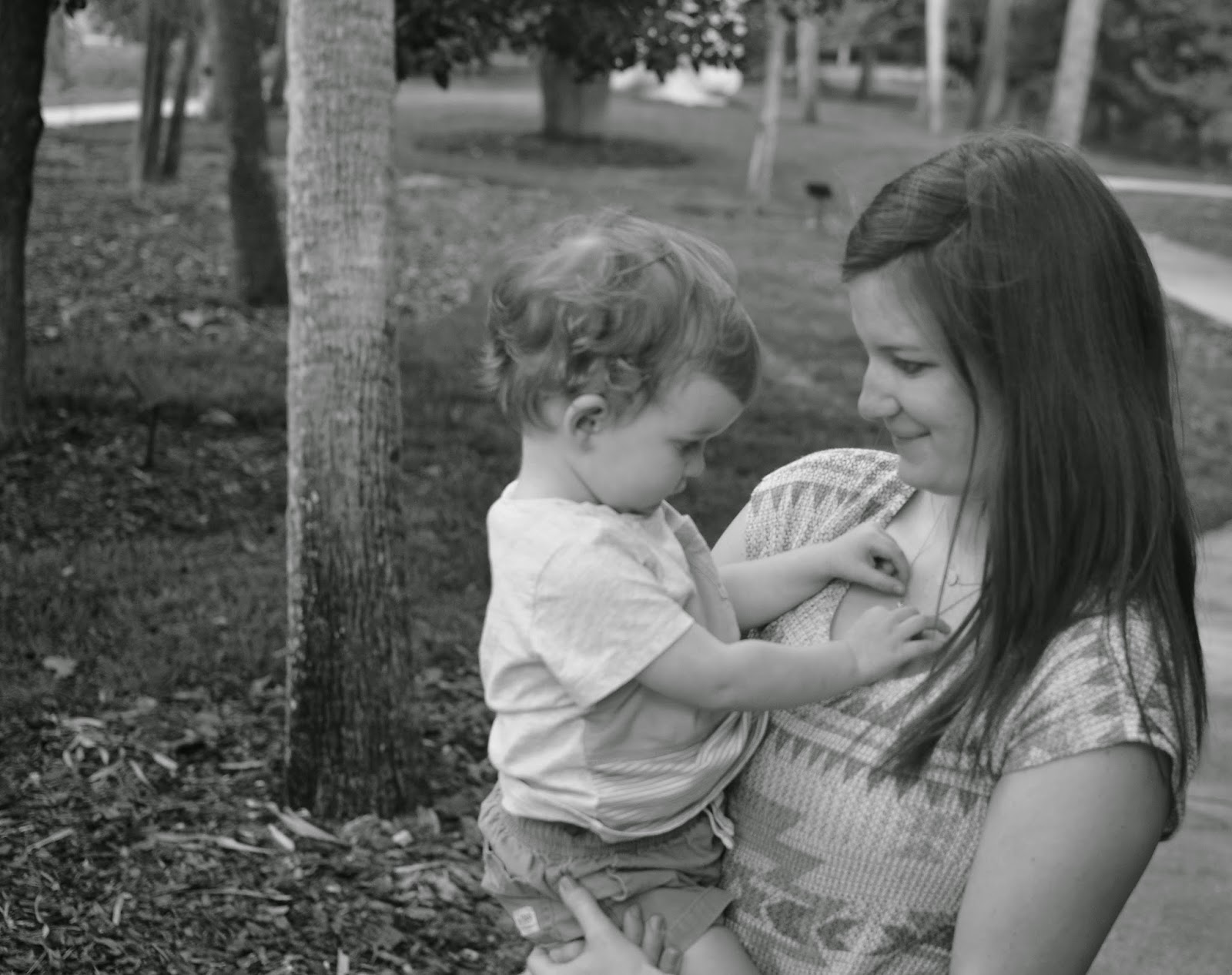 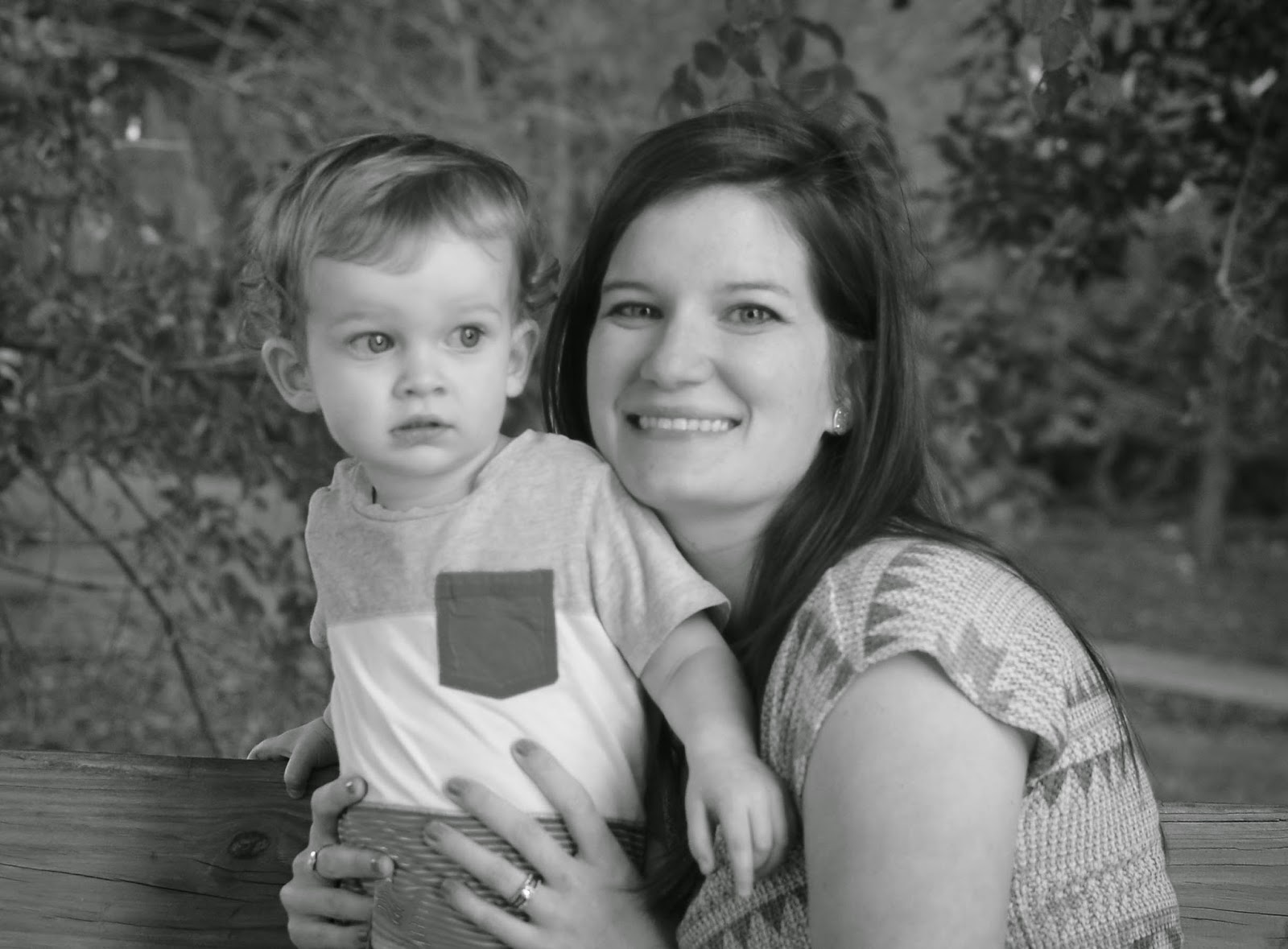 - He is SUCH a curious and mischevious little boy. He loves climbing on furniture, the coffee table, can get on the couch with ease, loves to sit on the counter and watch me cook or clean, and knows how to scoot off our bed backwards so his feet hit the floor first. Such a smart boy.  ;)
-His favorite toys right now are his race track with cars, books (He LOVES to read), his vaccuum cleaner, shopping cart, and his bubble mower. Basically, anything he can push around the house he loves.
-He wears a size 6 shoe but I think we are moving up to a 7 real soon.  He is in 18-24 month clothes.
-His favorite words are :Darla, momma, dada, banana, night night, bye bye, hey, uh oh, and MMMMM.
-He knows what sound a goat,dog,cat, and snake makes.
-He loves poking anyone's bellybutton and squealing.
-Naps one time a day from 1:30-3:30.  I usually just rock him a minute and then lay him in his crib and he will cozy up to his blanket and fall asleep.
-Wakes up around 7:30-8am and goes to bed around 8pm.  It used to be 7:30 but we've been pretty lax about that because he loves bathtime so we let him play a little longer.
-Favorite foods:  strawberries, bananas, blueberries, white beans (A new favorite), broccolli dipped in ketchup, grilled cheeses, chick fil a nuggets, yogurt, teddy grahams, mac and cheese, green smoothies.
-Does NOT like: most beans, most veggies, avacado, tomatoes 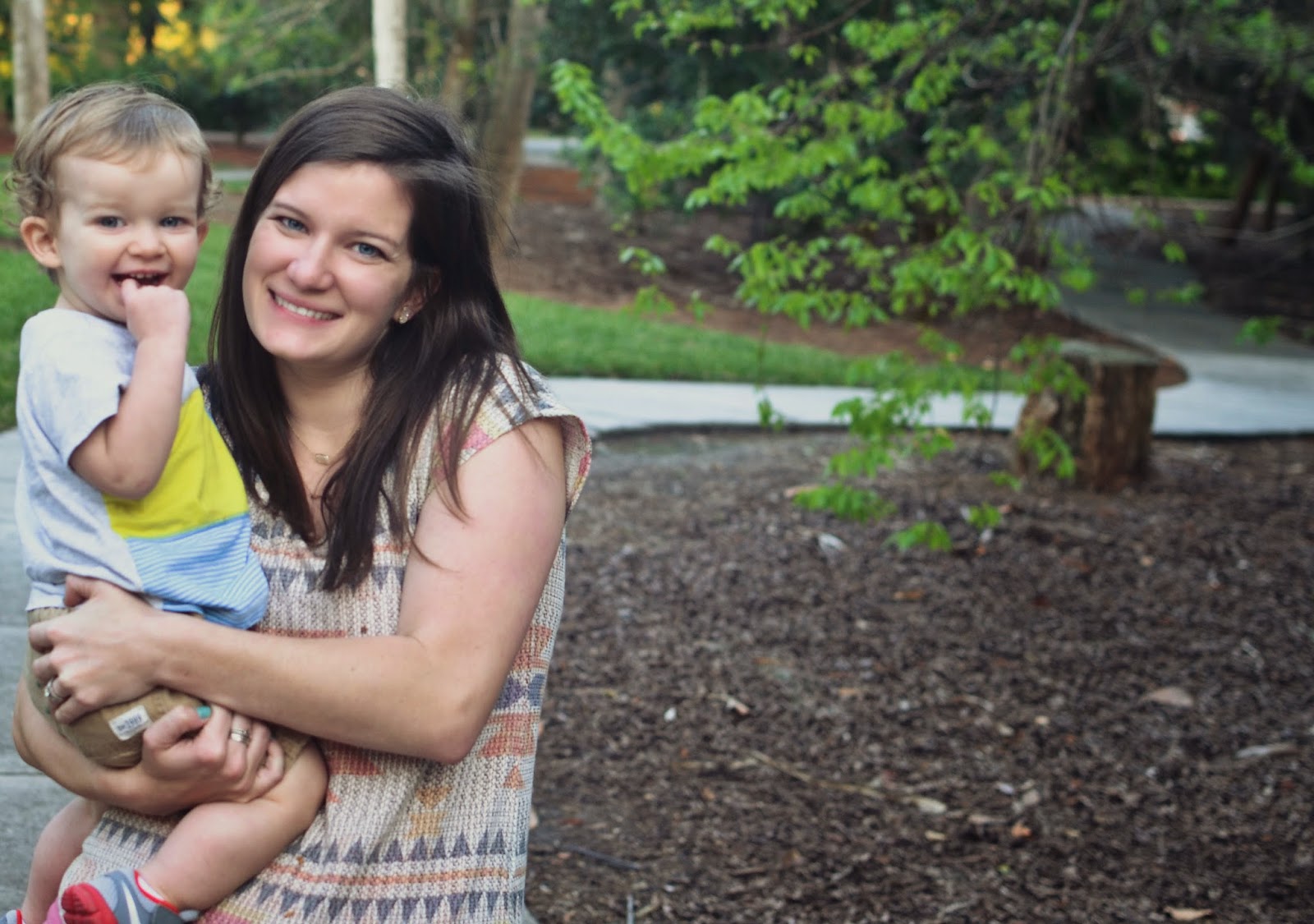 -Loves being outside and playing at the park.  He will run around and just talk to himself the whole time.  He loves sliding down the slide by himself and seeing other babies.  He will say "ba ba" when he sees a baby.
- Still using the same cloth diapers we've had since he was born.  We found out he has very sensative skin, so we don't use disposables at all.  He kept having reactions to them.  He's also allergic to wool and any scented body washes.
-Still loves being worn in the Tula or ring sling. I am so thankful.  He loves being close.
-Can blow his nose when you hand him a kleenex and loves smelling flowers.
-Loves being naked and will run around the house like that most evenings. 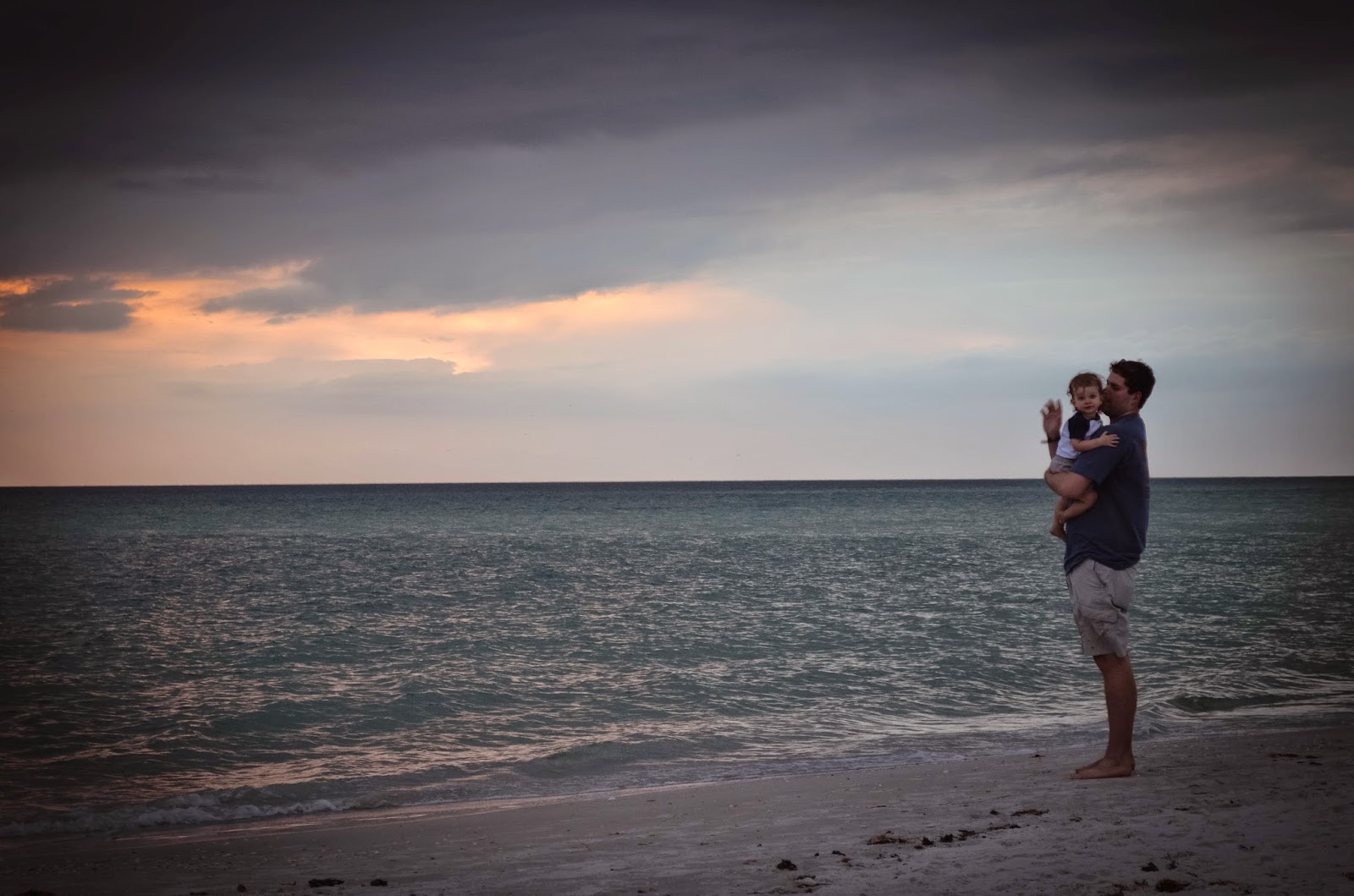 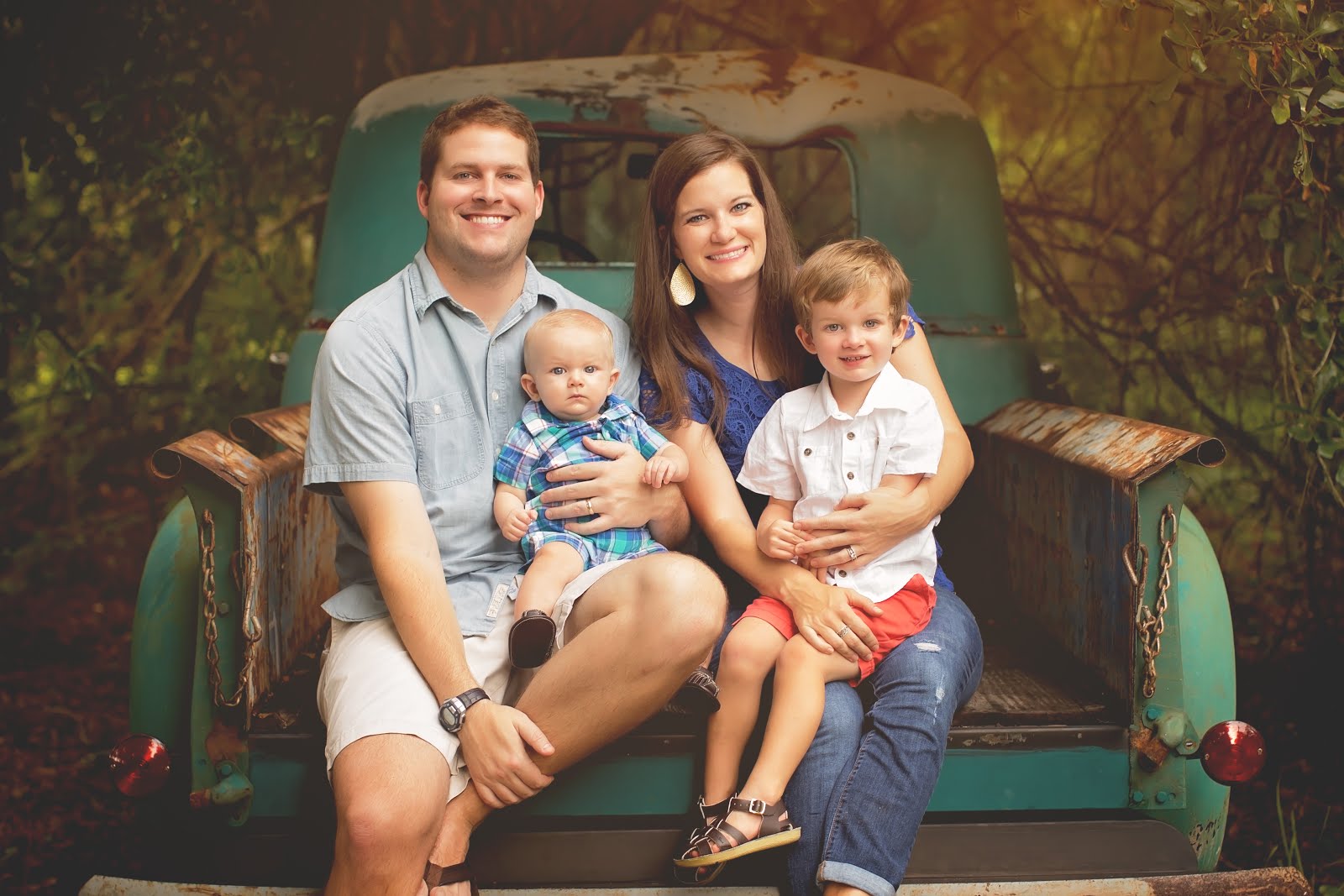 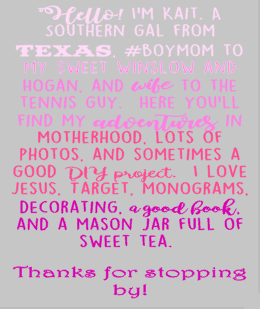 In Case You Missed It

What I've Said About